The NIH conducted brutal and unnecessary “fear experiments” on over 100 monkeys.

Animal experiments are in the news again. PETA has forced this issue with a new hard-hitting campaign. PETA simply wants a modern National Institutes of Health (NIH) director appointed, one who won’t blindly push and approve medieval, torturous, and useless experiments on animals paid for by you and me, the taxpayers.

On October 5th, 2021, the NIH issued this announcement:

“Francis S. Collins, M.D., Ph.D., today announced his decision to end his tenure as the director of the NIH, National Institutes of Health, by the end of the year. Dr. Collins is the longest-serving presidentially appointed NIH director, having served three U.S. presidents over more than 12 years.” Collins has also been a huge proponent of vivisection.

PETA’s new campaign is calling for a new director who doesn’t put OUR money into animal experiments.  Again, just click on this link to write to President Biden to demand a new NIH director who will support modern science and will be anti-vivisection. It takes 5 seconds max! Today, we have organs on a chip that can predict with far more accuracy how a drug will work on a human. Animal experimentation is flawed science. Indeed, PETA offers facts (BELOW) that make the case that vivisection is simply FAKE SCIENCE, a giant scam making people, corporations, and universities tons of money. Ninety-five percent of new drugs deemed safe and effective in animals inside laboratories are found unsafe or ineffective in humans.

Eighty-one percent of the time, animal tests fail to detect the potential side effects of drugs in humans.

Ninety percent of basic research, most of it involving animals, fails to lead to any human treatments.

Eighty-nine percent of preclinical experiments can’t even be reproduced—which is fundamental to good science—resulting in an annual waste of $28 billion.

PETA has provided us with a handy run-down of the issue.

Puppies’ heads are locked inside cages filled with hungry sandflies. The NIH-approved experiments are something out of a horror movie and they achieve NOTHING, despite continuing for years, often for decades. This agency is spending billions of our tax dollars every year on useless animal experiments. Click here to STOP IT NOW!

White Coat Waste Is Also On The Case!

Justin Goodman is Vice President of the White Coat Waste Project. He is tirelessly campaigning on this issue.  Justin has been interviewed on Fox News.

JaneUnchained also features a chat with Justin. Jane Velez-Mitchell interviews him about the White Coat Waste Project. He says there is progress towards ending animal experimentation.

“On September 21st, 2021, the EU Parliament voted overwhelmingly for the creation of an action plan to phase out the use of animals in laboratory experiments in all of its 27 countries.” Justin Goodman, White Coat Waste Project Justin believes public pressure is what will ultimately drive politicians to insist that the NIH move toward modern science and abandon outdated animal experimentation.

“One of the last Department of Veterans Affairs labs that still uses primates cut short horrific monkey experiments involving hallucinatory drugs. This early termination of senseless torture followed an outcry after the experiments became public thanks to White Coat Waste!” Why The Hell Is the U.S. Government Funding Animal Torture Overseas?

He also explains why beagles are so often used in experiments. “They choose beagles because they’re docile!” And, Goodman reveals that some of the worst experimentation being funded by U.S. taxpayers is actually taking place overseas. The White Coat Waste Project website states: “The majority of wasteful and cruel animal experimentation is paid for with taxpayers’ money without taxpayers’ approval. Tackling the problem where it originates is the best way of stopping animal experiments.”

It’s our money! And it’s going towards torturing and killing animals. We can stop it. But, we all need to take action. Signing the letter to President Biden takes a couple of seconds. These tortured animals are trapped in cages and experiencing fear and suffering right now! Do it!

The NIH has pumped almost $50 million into vile monkey fright experiments. These experiments are hideous. Chemicals are first injected into monkeys’ brains. After this, the primates are frightened by plastic snakes and spiders. This is NOT science. It is just torture. It has to stop.

The campaign for new leadership at the agency is promising. With NIH Director Francis Collins leaving, PETA commented: “We have a golden opportunity to urge President Joe Biden to appoint a visionary director to lead NIH out of the Stone Age of animal experiments.”

And it isn’t just in the US where animal experiments have been hitting the headlines.

The issue of beagle experimentation is also in the news in the UK. JaneUnchained has highlighted a protest camp outside a facility that breeds beagles for the vivisection industry. Since that article, an attempt by Marshall BioResources to remove protesters with a court injunction has failed. A judge ruled the camp can stay with a few conditions.

Again, both JaneUnchained and PETA are asking you to take action. It takes no time. Simply click on this link and demand a new NIH director who has a heart and a conscience!

Go on, you owe it to the animals. 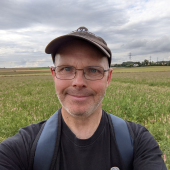 The European Commission Commits to Ban Cages in Animal Farming