Elysabeth Alfano’s Plantbased Business Hour featured Bjorn Oste, co-founder of Oatly and founder and CEO of Good Idea Drinks. Read about this entrepreneur’s fascinating journey. Then, check out his on camera interview below!

Newsflash: Oatly has been around since 2001

It seemed like Oatly popped up overnight, like their success and widespread ads came in a day, and suddenly everyone was on an oat milk kick. As a lifelong drinker of plant-based milks, I was shocked by the sudden obsession with oat milk, and I have to admit a bit reluctant to try this “new” brand that everyone was suddenly obsessed with. However, Oatly has been a 30-year project for brothers, Rickard and Bjorn Oste. The research and development for Oatly began in the late 1980s when Rickard started creating the oat drink. Bjorn hopped on board in the late 90s and the brand, Oatly, was officially created in 2001. Not at all an overnight success. Thank goodness they stuck with it!

Now, they don’t just do oat milk! They do vegan ice cream and yogurt, and much more.

The thirty-year commitment to the product and deep belief in its environmental and health value has landed Oatly at the top of the market in recent years. However, it wasn’t just that – Oatly’s brilliant marketing has also changed the game. I did read it. @oatly

You’ve seen the ads. They are distinct and unmistakable, minimalist but eye-catching. They seem to call you out on the street and speak with an authenticity that marketing often lacks.

When Bjorn talked to Elysabeth Alfano, he expressed how the Oatly team knew advertising the product was going to be difficult because it didn’t fit strongly into any category. As the company was started in Sweden, they had to tackle a different market in the beginning, one deeply attached to cow’s milk. With dairy consumption higher in Europe than it was in the US in the early 2000s and soy milk not having had its moment, like it did in the US, the Oatly team had to prove why their product was worthy. From the beginning, they focused on the health benefits of oats and the milk they make out of it. Oatly at it again with the clever ads. @oatly

Once Oatly expanded their sales and brought in a new CEO with some creative ideas, the Oatly brand became what it is today. In his talk with Elysabeth, Bjorn says, “a brand can be so much more than a pretty product in a box.” He expresses the need for a brand to be authentic and for a team to wholeheartedly take up the brand’s personality. Bjorn praises creativity in brand development.

Inflexibility is the killer of creativity.   Bjorn Oste His Shout-Out to Gen Z

He admires Gen Z and their ability to see the truth in companies and reach for authentic brands like Oatly. As a member of Gen Z, thank you, Bjorn, for the shout-out, and yes, we are pretty cool. When I was growing up drinking soy milk in my small suburb of Pittsburgh, I would never have imagined that I would be surrounded by peers completely rejecting cow’s milk, but, boy, does it feel good! Plant-based milks have always been tastier in my opinion, but I have to thank Oatly for putting the reminder on bus stops and billboards everywhere.

I’m about to head to the store to stock up on all of their products!

Check out Elysabeth’s talk with Bjorn on the Plantbased Business Hour just above. 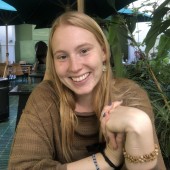 Be Part of History! Sign Up for Animal Rights 2017 DC Conference Now!