It’s been an emotional last two weeks for Gwenna Hunter who works with Vegans of LA and documentary filmmaker, Jasmine Leyva. They have felt rage, anger, depression, and joy due to the Black Lives Matter movement. Gwenna recently went downtown and saw a protest filled with people of all races peacefully marching and chanting “black lives matter” and it was so moving for her. She says a lot of black people suppress their emotions and you can only keep pain in for so long but “out of chaos beauty can emerge.” Jasmine saw similar protests and also felt moved by the community that was fighting together for human rights.

Gwenna and Jasmine made connections between the vegan community and community of protestors and those who support the Black Lives Matter movement. Gwenna says “since I’ve been in the [Black Lives Matter] movement one of the things that was disappointing was the fact that as vegans and animal rights activists we’re inside of human bodies. So why are we afraid to fight for other humans?” Human rights and animal rights should go hand in hand. Jasmine says “as black people we have to make sure that we’re healing and that we’re calling out racist people and even some black people who have internalized racist behavior and look down on their own members of their community.”

Gwenna recently started a Facebook group called Vegans for Black Lives Matter and the theme is “healing.” In just a day over one thousand people joined the group. There has been some tension in the group and Gwenna wants to create a structure where people know why the movement is happening and to understand the history behind it. Gwenna is a community events coordinator with Vegan Outreach where she goes out into the community to events to promote veganism. When Covid-19 happened and she was unable to attend events Vegan Outreach created a program called Vegan Food Aid where they look for different communities and provide vegan groceries. Two vegan hot food trucks also come out and provide them with two different forms of hot food. Gwenna says it’s “the most rewarding work I’ve ever done since I’ve been in the vegan movement.” 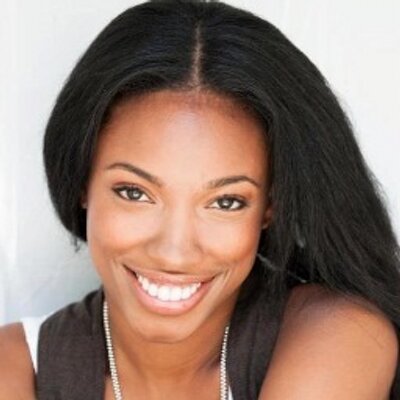 Jasmine’s film, “The Invisible Vegan” is all about the unhealthy habits and institutionalized eating patterns that have been decided for black people and have made that community unhealthy. It’s a real problem if you don’t have fresh healthy organic produce in a neighborhood and she believes eating healthy should be a human right and not a privilege. Certain communities don’t understand the privilege that they have been robbed of because their neighborhood is filled with fast food and in a way the people who designed the neighborhoods that way are setting the people living in them up to fail. Her documentary highlights the food deserts and food injustice that keeps people from eating healthy which tends to hurt black communities. During this time Gwenna and Jasmine stress the importance of being kind, listening, and being patient with people.

At the end of the radio show Elysabeth mentions 10 EASY Ways to Make Your Life an Example of Social Justice: